Large Telecom and Startups Are Forging Into the Computing Services Business 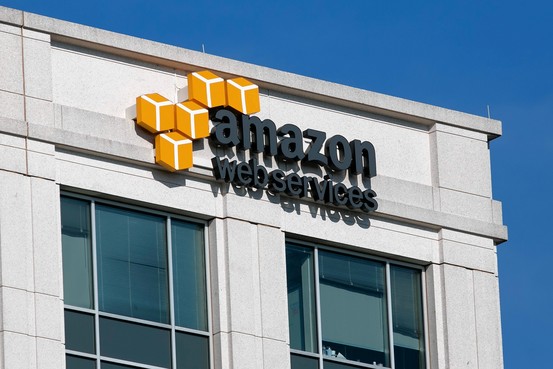 Amazon.com Inc. has been fighting two big rivals in the world of cloud computing. But that battle shows signs of becoming a free-for-all that threatens its profitability goals for the business.

Large telecom and small startups have been forging into or expanding services that let companies rent computing cycles rather than operate their own servers and data centers. The broader competition comes amid a continuing price war in the business among Amazon, Google Inc. and Microsoft Corp.

Those pressures were underscored on Thursday when the online retailer reported a wider loss for its second quarter. Part of the reason: its Amazon Web Services, or AWS, recently cut prices by between 28% and 51% for various services as gains at AWS and similar businesses slowed to 38% from 60% in its first quarter.

The developments point to the possibility that profit margins in Amazon’s cloud unit—believed to be much higher than its online retailing business—face a long-term squeeze that add to investor concerns about the company’s profitability.

In addition to the second-quarter loss, Amazon forecast more red ink in the current quarter. Its share price dropped nearly 10% on Friday to $324.01, off $34.60.

The AWS disclosures add to a widening perception that rivals—and new strategies for handling corporate computing tasks—could reduce Amazon’s dominant share in a business it pioneered.

“For the first time, people don’t think Amazon has the market all sewn up,” said Sinclair Schuller, chief executive of Apprenda Inc., which offers software and services to help companies modernize their computing resources.

“Amazon offers everything under the sun,” said Ben Uretsky, CEO of DigitalOcean, which has 150,000 active customers and is profitable. “We are the exact opposite.”

Eric Singleton, chief information officer of Chico’s FAS Inc. said the retailer is shifting to Contegix from AWS for an application that allows store associates to look up information about customers from a tablet. Contegix also would allow Chico’s to pick and choose from among servers to run the app.

“We need faster performance and more control over configuring our environment,” said Mr. Singleton, though he said he hasn’t asked AWS if it could provide that flexibility.

Another potent challenge, industry executives say, comes from potential customers themselves. Many companies—particularly banks and others with heightened needs for data security—aren’t inclined to outsource those operations.

So many are using new cloud-style technologies to keep all or at least some computing on premises, a model called a hybrid cloud. Some companies offering cloud services—including Microsoft, VMware and Joyent—also are offering software to help enterprises that want to keep some computing operations on their own premises.

“We have many very large companies who run AWS alongside their existing (owned) IT, and we have the tools and services to help these customers be successful as they grow their usage of AWS,” said Ariel Kelman, vice president of marketing for AWS.

Tom Szkutak, Amazon’s chief financial officer, said Thursday that AWS is “doing great” and usage in the second quarter was up 90%, though he didn’t explain how that was measured.

Researcher Gartner Inc. estimates about $12.6 billion will be spent this year on pay-as-you go computing horsepower from Amazon and others. That is a 36% jump from 2013 levels.

“Most enterprises no longer look at cloud as an if,” said Tom Kershaw, director of Google’s cloud platform. “They look at it as a when.”

On the other hand, the Gartner figure is less than 1% of the roughly $2 trillion that companies are forecast to shell out this year on computers, software and all their other internally owned technology, excluding telecommunications services.

Managing servers internally can save money under some circumstances. Industry executives that work with AWS and the others say as a rule of thumb, companies that spend at least $1 million a month on outsourced computing are better off owning rather than renting.

But in other cases customers see benefits to the cloud. Joe Simon, chief technology officer of Condé Nast, said the publisher just moved its entire data center and saved 40% over the previous data center it ran.