Apprenda is shipping updates to its PaaS to power smarter hybrid cloud adoption by corporate IT. Apprenda 5.0 supports both .NET and Java, and adds smart policy enforcement, dynamic scaling and more features that enrich its app-centric approach to cloud adoption and lets IT easily provide availability, performance and policy conformance. 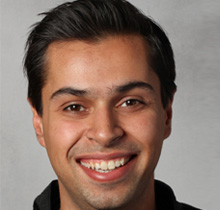 “A main reason customers use Apprenda is to build and run next-gen cloud apps in a more efficient agile way.”

Apprenda is shipping updates to its PaaS (platform as a service) to power smarter hybrid cloud adoption by corporate IT. Apprenda 5.0 supports both .NET and Java, and adds smart policy enforcement, dynamic scaling and more features that enrich its app-centric approach to cloud adoption and lets IT easily provide availability, performance and policy conformance.

“A main reason customers use Apprenda is to build and run next-gen cloud apps in a more efficient agile way,” Malhotra said. “Before using Apprenda, we saw it would take developers six months or more for a project, mainly because cloud apps are complicated with requirements for multi-tenancy, low latency and so forth. Apprenda’s app-centric approach makes this much faster and simpler.”

“With Apprenda, developers can test that their application is ready to be deployed,” Malhotra said. “They can five or six version so f an application and use different configuration settings that let the app talk to different databases or meet different SLAs and don’t need to don’t need to know details about those [aspects],” he added.

With those lessons learned, stepping up Java support in Apprenda’s PaaS was “the next logical step” for the company, Malhotra said, and offers users an integrated platform that lets Java apps co-reside with .NET apps. “We’re hearing from lots of customers and new [prospects] who have a mix of Java and .NET and are looking for a single [PaaS solution] for both,” he told IDN. With deep support for both popular langugaes Java, the Apprenda 5.0 PaaS can now support 80% of all enterprises workloads, Malhotra estimated.

Apprenda 5.0 PaaS also adds a number of other enterprise-class features to address IT concerns over PaaS on-boarding, complexity and control. “While the citizen developer has been a big a push for the public PaaS, those people don’t have responsibility for IT operations. We’ve found [meeting] lifecycle needs – from development, ops and management – is a big thing for enterprises.” 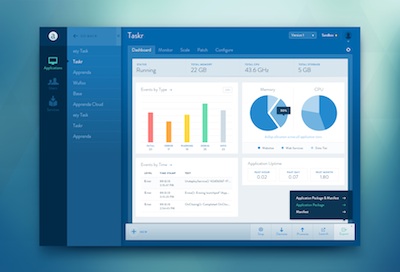 A new API in Apprenda 5.0 lets devs dynamically control how IT resources are dynamically consumed across a hybrid cloud computing environment. The API lets devs easily autoscale applications in response to user traffic, and to set constraints to meet compliance requirements.

To trigger dynamic scaling, devs use a simple interface to set and control dynamic scaling through an intelligent API. This way of working resembles what devs now do with many public clouds, he said. Further, Apprenda 5.0 lets devs automatically scale applications in response to user traffic as well as set constraints on how many resources any certain app might grab away from other apps in the enterprise.

Without such simplicity, such scaling-related tasks are usually “time-consuming, complicated and fragile,” because they require devs do hours of scripting and careful calibration of triggers Malhotra told IDN.

Beyond helping devs, Apprenda 5.0 adds new help for IT admins and operations managers. In fact, Apprenda 5.0 can manage and enforce the runtimes across cloud boundaries. “Taking those challenges out of cloud deployments is the core part of our mission,” Malhotra said.

As an example, Apprenda’s PaaS lets IT easily integrate authentication systems and leverage policies. “As companies look for the right hybrid [cloud] approach for them, this is a huge selling point for us,” he added. As an example, Malhotra said IT can integrate the authentication already in use for traditional enterprise apps into the Apprenda PaaS for use by cloud-based apps. “Apprenda stitches that [authentication] into your app in a consistent way, so you can reliably and quickly deploy apps in a hybrid way,” he said.

Other Apprenda 5.0 notable upgrades include:

Apprenda’s PaaS for Enterprise-Class Application-Centric Hybrid Clouds
Taking a broader view of Apprenda 5.0’s latest features, Malhotra said the shared vision behind the Apprenda PaaS design is to provide customers an app-centric cloud. Many PaaS products focus on infrastructure, requiring IT to look at consoles, dials and levels for CPU, images, memory, storage, and all sorts of other metrics to deliver SLAs, ensure security and policy compliance.

The Apprenda PaaS approach reverses this traditional infrastructure-focused approach with what it calls a “software-defined enterprise.” In this approach, the application asks the infrastructure for the resources it needs (VMs, CPU, load balancing, storage, etc.).

“For effective clouds, infrastructure shouldn’t be at the center. The app should be at the center,” Malhotra said. “To do that, the Apprenda PaaS lets IT put their requirements into the app, and those requirements make it happen. In that way, we deliver an intelligent software layer that simplifies deployment and operations, while ensuring all your apps perform as they should.”

Apprenda is architected as a combination “foundational software layer” and “application run-time environment.” Because of Apprenda’s layered architecture that links application requirements to infrastructure services and resources, each application can tap a range of features, including dynamic scalability, security, policy compliance, SLA compliance, high-availability and even multi-tenancy, which allows enterprises to deploy a single instance of a business-critical app and still allow multiple tenants to securely access it while keeping their data isolated from others tenants.

Apprenda PaaS can relaunch or recover an app, when necessary. Apprenda’s  rich set of controls also impose app guardrails, so that no one app runs rogue or takes over needed resources from other applications, Malhotra added.

As a result, the Apprenda PaaS supports provisioning and management of data, services, applications and APIs to internal and external customers across a range of popular private and public infrastructures, including OpenStack, Hyper-V, VMware, Amazon, Google, and Azure.

“Our ultimate goal is to make developing applications simpler for everyone involved [in preparing] for private, public and hybrid cloud environments: developers, IT ops and production teams,” Malhotra said.